Cleansing & Detoxifying: What you need to know & tips for daily detox 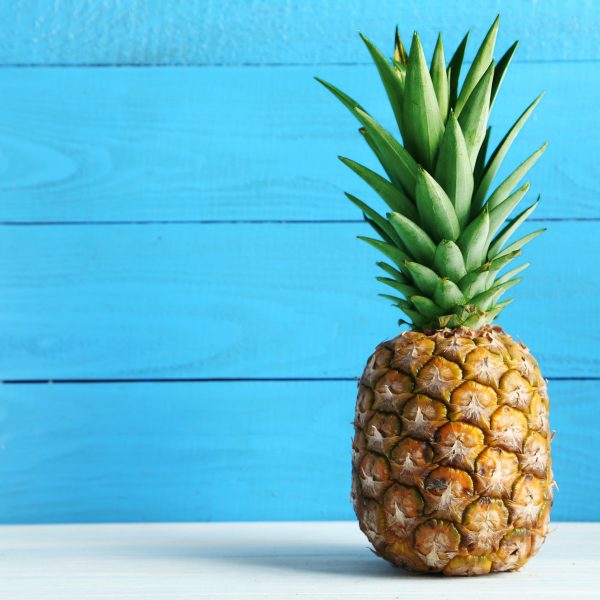 1. Pineapple enzymes (bromelain) prevent the growth of harmful bacteria in the gut and could act as a replacement for antibiotic therapy. The enzymes make it difficult for bacteria to adhere to gut cells, preventing the bacteria (and later infection) from taking root. Sydney Morning Herald

3. A diet high in fiber may be an integral key in preventing food allergies, and the protection is increased when incorporated with a diet high in Vitamin A (think dark leafy greens, lettuce, carrots, and sweet potatoes). Cell

4. A new study names probiotics a potential cure for autism-like disorders. In mice, researchers reversed some neurological characteristics of autism by orally administering a single gut bacteria (Lactobacillus reuteri – increases oxytocin levels, a key hormone in social behavior). While abnormal social behavior was reversed, the probiotic supplementation did not help relieve repetitive behavior or anxiety. The study also linked maternal high fat diets and maternal obesity to an increased risk of autism in their babies. Scientists are hopeful that with more research an oral probiotic, along with dietary changes, will help successfully treat autism spectrum disorder. Cell

5. Gut bacteria could play an important role in determining colorectal cancer patients’ survival. A recent study found that tumors containing high amounts of Firmicutes nucleatum and Bacteroides fragilis were associated with lower survival rates, and tumors containing elevated amounts of Faecalibacterium prausnitzii were associated with higher survival rates. In addition, dysbiosis (gut bacteria imbalance) was found to worsen a patient’s prognosis by “up-regulating” levels of inflammation in the gut. Oncotarget

6. Acid reflux medication use in babies is on the rise, with PPI use in infants under the age of one showing an exponential rise in the last decade. These medications (which are not approved by the FDA in those under the age of one due to a lack of efficacy) increase risk of pneumonia, gastritis, and microbial imbalance, having long-term effects on immunity, infection risk, and digestion. One pediatrician warns against the use of these medications in infants and reminds us that crying and spitting up are behaviors of otherwise healthy infants. Gutbliss recommends smaller feedings and keeping babies upright at least 1 hour after eating (babywearing is a great way to accomplish this). Journal of Pediatrics

7. Your gut microbiome could help determine your bone health. Studies show that dysbiosis can affect bone remodeling and density. A review of the literature describes the mechanisms that link gut bacteria and bone health and what bone health biomarkers (that may help inform risk, diagnosis, and therapy) exist within the microbial footprint. Journal of Bone & Mineral Research

8. Looking for 1 yoga pose (that everyone can do) to help get things moving? Try Malasana! Huffington Post

9. Move your body to prevent cancer. A recent study finds that regular exercise significantly reduces your risk of getting 13 types of cancer, regardless of body weight and smoking history/status. JAMA

10. Coffee is the number one source of antioxidants in the American diet. Disturbing? Yes, but with recent studies supporting the health benefits of coffee, the 2015 dietary guidelines included coffee in their recommendations stating that consuming 5 cups of coffee (or 400mg of caffeine) shows no detrimental effects. While Gutbliss believes that coffee can be a healthy addition to an already healthy diet (packed with plant fiber!), caffeine can interfere with digestion and sleep and should be consumed in moderation (1 to 2 cups daily). Live Trading News